Assumptions – A Means for Reasoning 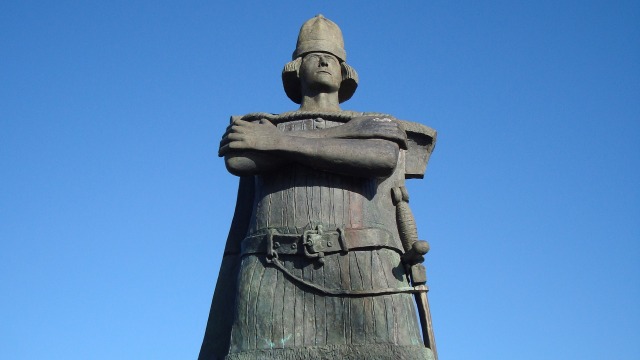 Every time you leave the front door to transmute across town you are making assumptions. You assume that drivers will not run you down, that the flooring below your feet will hold you up, and that lightening will not strike you dead. Most of us take for granted that we won’t get caught in a shoot out, get arrested or have a massive heart attack. All of which are probable events. You may not think these sorts of thoughts out loud, or on a regular basis, but they are present nonetheless, hardwired into our brains so to speak. In many respects a good portion of our life is based on assumptions, from the way we think, to how we habitually behave, and in what manner we typically respond to stimuli.

In fact many of us give little attention or none at all to our underlying assumptions, which can be somewhat of a slippery slope, leading to potential complications and unforeseen circumstances. Take for instance an American President who has a deep rooted belief in the Christian evangelical notion of the rapture, which consists of God whisking away all righteous souls from the earth so that they might live peacefully in heaven. Now let us say that our elective official not only assumes that the end of the world is at hand, but he also wholeheartedly believes that God is going to unleash his wrath upon the face of the earth so as to destroy all evil men, and then later establish a new heaven and new earth.

Now one might see this fundamental belief as being an influential factor in how a President goes about making decisions and prioritizing what is important; for if a person really thinks that some supernatural power is going to level everything that the American people have been working hard to build, then such a person in authority is probably not going to give much attention to climate change and pollution. If everything is going to hell in a hand basket, then why not go down fighting with a bang, make enough bombs to destroy the world a thousand times over, and be the agent of God!? Such irrational thinking can certainly help us to understand how it is that pride comes before the fall.

This is absurdity at its finest you might say, however, it gets the point across. We have to be careful about the assumptions we cultivate and base our reasoning upon. A common axiom reads that the road to hell is paved with good intentions. This kind of assumption implies that our actions may appear good and noble, but they are actually based on poor interpretations. Misunderstandings can easily come about through our unchecked assumptions and erroneous beliefs. Therefore it is incumbent upon us to search and root out all weeds of fallacy.

On the other hand not all assumptions are false or misleading. They can also help us to reason things through. For instance we can assume that our lives will remain relatively the same if x, y, and z continue as they usually do. There are no absolute certainties in life, but it is reasonable to assume let’s say that if you have been a good father for x many years, and your children are well behaved, fed & clothed, etc., that they’ll probably come home after school. In other words it is pragmatic to think that we have some influence over the way things unfold, and that there are good as well as poor assumptions that we can be more cautious about.

An explorer of volition and soul, a song under a night sky and a dream that forever yearns to be.
View all posts by Philosopher Muse →
This entry was posted in Self Improvement and tagged Critical Thinking, Practical Wisdom, Reasoning. Bookmark the permalink.

10 Responses to Assumptions – A Means for Reasoning