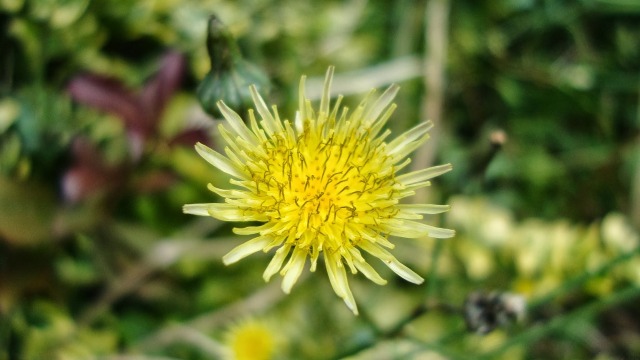 Your neighbour is growing veggies in her back garden. She takes great pains to make sure they have the ideal conditions to flourish. For example she may water them daily, use the best soil for the job, and build an elaborate barrier to prevent animals from entering. All this she does and more in order to nurture & protect her farm.

However, for some bizarre reason, she neglects to uproot the weeds, so they grow in and around her vegetables and gradually choke out the roots, which bring on disease and rot. By the end of the summer just about all her food has gone bad. So you ask yourself why in the world did she not remove the weeds!

The same kind of question can be asked of each and every one of you. Why don’t you uproot the weeds that grow in your mind? In other words why do you allow your personal biases to cloud your better judgement? Many of us are inclined to deny the fact that we harbor biases, or for those of us who are semi-conscious of their existence, we may render such notions as being harmless or culturally acceptable.

Cognitive bias can be defined as a mental factor that unconsciously affects the way we form beliefs. Basically they distort our thinking without us realizing the difference. There are a handful of different types of cognitive biases. For the sake of learning to think more clearly, we might want to at least familiarize ourselves with some of them. Let’s briefly explore one now to get a general idea for their subtle nature.

Confirmation bias is probably one the most common cognitive bias there is, and can be defined as the tendency to interpret new evidence as confirmation of one’s existing beliefs. This means that we are inclined to associate more importance to knowledge that affirms our own point of view.

For instance a school boy may dogmatically believe that males are smarter than females in math, and can recite the names of all the boys who won first place in his school’s annual math contest over the last 5 years, none of which were girls. His older brother, who is doing graduate studies in advanced calculus, says there is only one female in his class. The little girl from down the road is unable to multiply numbers when her primary school teacher asks her to do so aloud in front of the other children. So in this case the school boy confirms his bias based on the above account without considering any contrary evidence.

From our perspective, as mature adults, it is easy to see how such a bias can shape assumptions and lead to further erroneous conclusions and complications. Perhaps the writer has persuaded you to learn or refresh your memory as to the various cognitive biases that continue to plague the minds of the populace. He would certainly be pleased to receive your opinion on the matter. Either way it is my intent to elaborate on these psychological weeds in the future.

An explorer of volition and soul, a song under a night sky and a dream that forever yearns to be.
View all posts by Jason Youngman →
This entry was posted in Philosophy, Self Improvement and tagged Cognitive bias, Confirmation bias, Critical Thinking. Bookmark the permalink.