Give Colour to Virtues 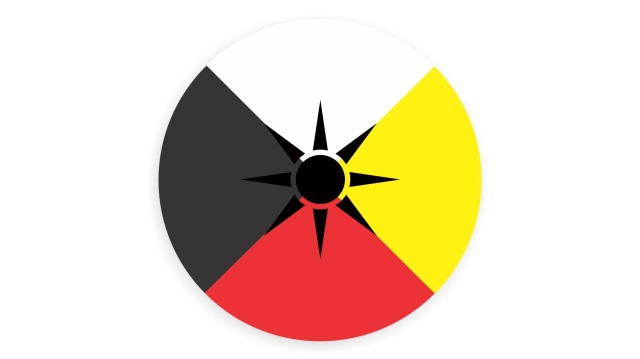 “My people will sleep for one hundred years, but when they awake, it will be the artists who give them their spirit back.” – Louis Riel

Another way to conceptualize the four pivotal virtues of civilization is to contemplate how they each shine in their own way without detracting from their synergistic interplay. So let us begin with the primary of the other three by which there can be no integrality.
—
Prudence may be rendered here as practical reason. Like the Chief in command it possesses the intellect to act appropriately under particular circumstances, and to instruct and/or command the governing body so as to work in cohesion. It possesses the foresight to avoid unnecessary barriers and to create pathways that keep us mindfully aware, thus my reason for associating it with the element of air.
—
Turning to the east we have the element of fire. Fortitude strengthens and fortifies the armour that protects our back, and is ever battle ready in the event that an adversary should attack. If the code is to protect the person on your right, then prudence would do well to choose the most adequate Commander-in-Chief to safeguard the light.
—
On the other side of the circle we have Justice (in Mercy), which helps to ground and bring balance to the society. It prevents the system from becoming lopsided and attempts to restore good relations and rectify discord. Like the earth itself she holds everyone and everything as equal, knowing in her heart of hearts that even the oxygen from a plant is just as vital as those who ought to care for the ecosystem.
—
The battering ram of misunderstanding breaks down infrastructure and mutual trust. And in its stead may bring grievous harm to others. Thus Temperance, like Justice, tempers extremes and aids in restoring imbalances. For the good of the whole it prescribes in view to optimizing health and enabling wellbeing. Like the element of water Temperance both heals and replenishes morale.
—
Prudence, Fortitude, Justice and Temperance are the base virtues that enable the world to remain in an even keel. In turn allowing for freedom & liberty to spread its wings by which we can enter into social contracts that help to grow the economy in a way that sustains the environment and allows for human flourishing. These cardinal or political or civic virtues empower us to be ethically and/or morally responsible, and are the means to keep our skies blue and our hearts perpetually true.
—
Lucy in the sky with diamonds you might say, but we all sense our pharmaceutically manicured lives are slipping away. Of greater importance now being what we sacrifice and leave behind in our stead, the sort of good that prevents further manmade dread. So as long as one can spin their own yarn, give me the truth that brings no harm!

An explorer of volition and soul, a song under a night sky and a dream that forever yearns to be.
View all posts by Philosopher Muse →
This entry was posted in Spirituality and tagged Fortitude, Justice, prudence, temperance. Bookmark the permalink.

8 Responses to Give Colour to Virtues